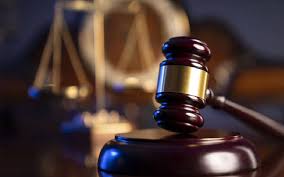 Plea taking marks the commencement of the trial process in a criminal court. After a decision has been taken to prosecute an accused person, he/she is brought before a court of law, to plead to the charge or charges laid against him. It is worth noting that an individual can be charged with more than one offence in which in law, is referred to as counts.

In certain circumstances the accused person can refuse to respond to a charge. In this situation, a plea of not guilty should be entered. In other circumstances, the accused person may challenge a charge before the plea is taken, on the grounds, for instance, that  it is based on the wrong section of the law, or that it is not based on any known law, or that he/she has been previously convicted of the said offence or offences.

However, in offences that are felony in nature, especially murder, the accused person will not take plea until his/her sanity is proved, since an individual of unsound mind can not be tried in the Court of Law.