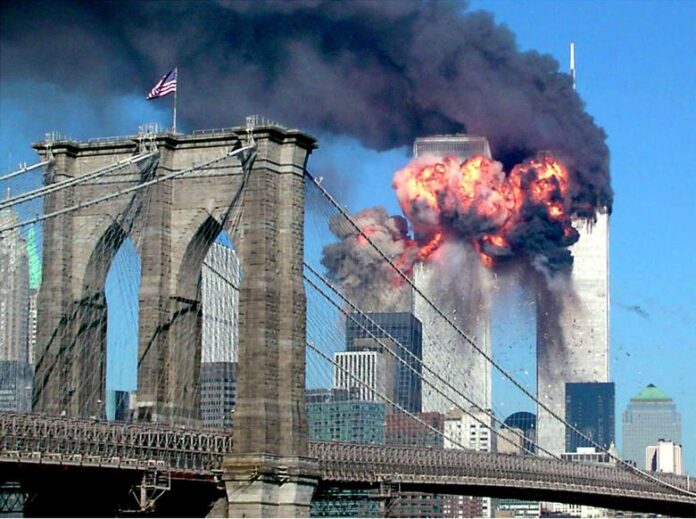 Americans and lovers of peace worldwide are today commemorating 20 twenty years of the deadliest terror attack the world has ever known, that was planned and executed by 19 members of Al-Qaeda on American soil, on the morning of Tuesday, September 11, 2001. They did this by hijacking 4 commercial planes that were traveling from the northeastern United States to California.

The first plane was flown into the North Tower of the World Trade Center complex in Lower Manhattan, minutes later, the building’s South Tower was hit by the second plane.  Both 110-story towers fell leading to the collapse of the other World Trade Center structures including the 7 World Trade Center, other surrounding buildings were also damaged.

A third flight crashed into the west side of the American Military headquarters popularly called The Pentagon in Arlington County, Virginia, damaging part of its side.

The fourth plane, whose target, investigators concluded as either the White House or the United States of America Capitol was crashed into a field near Shanksville, Pennsylvania after its passengers tussled to regain control away from the hijackers, thus diverting it from the intended target it was to be crushed into.

This attack left 2,977 men, women, and children dead, together with the 19 terrorists making it a sum total of 2,996 lives lost. Moreover, 25,000 people sustained injuries.