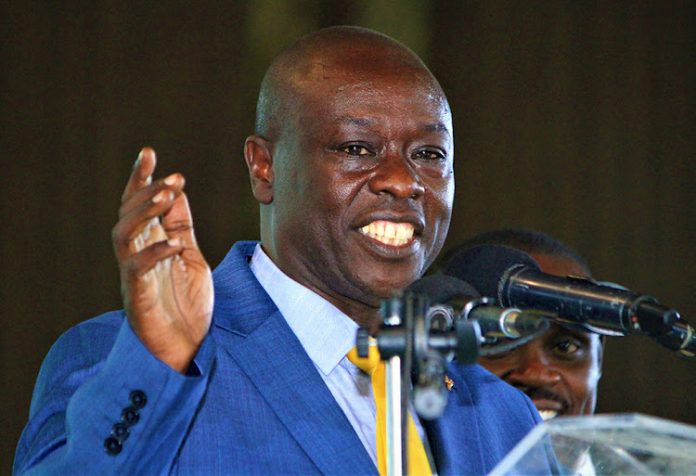 The Deputy president is the 2nd most political figure in Kenya with an approximate annual salary of 14.5 million exclusive of allowances. After the 2022 General Elections that were held on 8th August, Kenya elected its 12th Deputy President, Rigathi Gachagua through the UDA political ticket. Before the 2010 constitution, a vice president was appointed by the president, but after the promulgation of the new constitution the Deputy president is elected together with the president.

The deputy president can therefore perform all presidential functions including heading the executive including chairing cabinet meetings, directing and coordinating functions of ministries and government departments. In the case where the president is incapacitated, he can also declare a state of emergency when necessary and with the approval of parliament, he can declare war.

His excellency Rigathi Gachagua, is required to deputize the president by representing the country in National and International forums and events and equally come up with structures for the executive on functions and competencies that the law assigns the National government.

The deputy president assists the president in chairing the National and County Government coordinating summit. Deputy President, Rigathi Gachagua will also be chairing the Intergovernmental budget and economic council that provides a forum for consultation and cooperation between the National government and the County government on issues in relation to public finance and management.

In essence, Riggy G (as he is called by Kenyans on Twitter), will be performing all presidential tasks apart from; conferring honors in the name of the people and the Republic, appointing or nominating cabinet secretaries, Superior court judges, high commissioner, ambassadors, diplomatic representatives or any other state and public officials. He is also not allowed to dismiss any of the stated state and public officials.

Last but foremost, in the case the president is incapacitated, impeached or dies, the deputy President, Rigathi Gachagua will take over as the President of the Republic of Kenya for the remaining term.

It’s important to note that His Excellency President William Samoei Ruto, has embarked on a journey to provide more clarity to the job description to the office of the DP based on his former experience as the Deputy President where assignments were not very clear. This a space to watch to ensure that the spirit and vision of CoK is not eroded in the process.