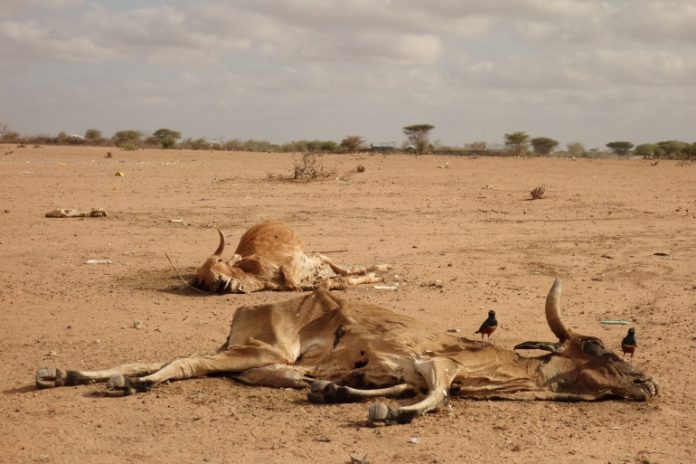 Natural disasters like drought, famine, flood, earthquakes, cyclones, occur on their own and they are only harmful when they interact with people, especially vulnerable communities. They cause destruction of high magnitude that hinders human development which leads to extreme levels of poverty and economic stagnation.

Drought is the most prevalent natural disaster in Kenya affecting the arid and semi arid regions like the Eastern, North Eastern region, coastal region and parts of the rift valley. This regions make up up to 80% of Kenya’s land mass meaning approximately 70% of Kenyan land is affected by drought. Kenya experiences drought on a sporadic basis but the worst ever drought occurred in 1928 and 1984. During this period the hazards of the drought led to the loss of human lives, livestock and heavy government expenditure facilitate and manage the drought.

Since then, Kenya has been experiencing cyclic drought seasons but not as severe as the 2022. This is reported to have been the worst drought in 40 years, having  affected over 23 counties out of the total 47 counties. 10 out of these counties affected by drought are in the red zone with most affected persons being children. The Red Cross reported that since the drought began, 940, 000 children under the age of 5 years have been severely malnourished.

According to the National Geographic encyclopedia, drought can be defined as a period of time when an area or region experiences below-normal precipitation. This inadequate precipitation like rain causes reduced soil moisture, dry rivers, drying of crops and water shortages.

This being the longest and severe drought, over 4.2 million are facing food insecurity, loss of livelihood and displacement. Farmers are unable to get any substantive crop production which has led to food shortages and high cost of food prices. Agriculture supports up to 75% of the Kenyan population including those who reside and work in urban centers. The agriculture sector employs more than two thirds of the labor force and about 70% of export earnings. It generates almost all the country’s food requirements and provides a significant proportion of raw materials for the agro-based industries. Therefore, agriculture plays a major role in the economy and it has the power to eradicate poverty.

But as of 2022, due to the drought, many people have lost their livelihoods, more people have been pushed below the poverty line, economic activities have been paralyzed as county governments are shelving development plans to deal with drought that threatens the existence of communities. The National government is also channeling billions of money as a relief measure to manage the drought.

The Red Cross which has been on the frontline in offering relief to the communities affected by the drought have also indicated that the relief has become expensive and economically unsustainable and adaptability measures should now be taken to curb the drought. Adaptation measures include planting drought resistant crops like cassava, sweet potatoes and arrow roots and implementing the Windhoek declaration on Drought Resilient and Prepared Africa (DRAPA) principles: