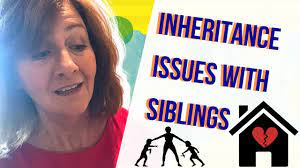 Scramble for property by sibling upon demise of parents has become a norm especially in situations where the estate left behind is worth a fortune.  We have all been treated to court and out of court drama by kins of the late Gerishon Kirima, Mbiu Koinange, John Michuki, Njenga Karume just to name but a few.  While the battles range on, opposing legal teams are presented with a field day in form of exaggerated legal fees that stretch for years on end.

While the law lays out the process of transferring property from the deceased to the living, greed and entitlement washes away reason hence the fighting. For instance, the two sons of the late Bishop Elijah Mwangi of the Holy Ghost Church of East Africa are in a court battle over their father’s Sh295 million worth land. Philip Karanja who is 54 years old is challenging letters of administration issued to his elder brother Michael Kamau who is 56 years old by a court in Nakuru on April 29, 2016. Michael was given control of a 577-acre land in Subukia in Nakuru County, and he insists the property must be shared equally. But Karanja claims ownership of 420 acres out of the 577 acres estimated to be worth Sh295 million. Karanja says he got his late father’s blessings to administer the property when Michael was in the United States for 29 years.

The matter is currently pending at Nakuru High Court.