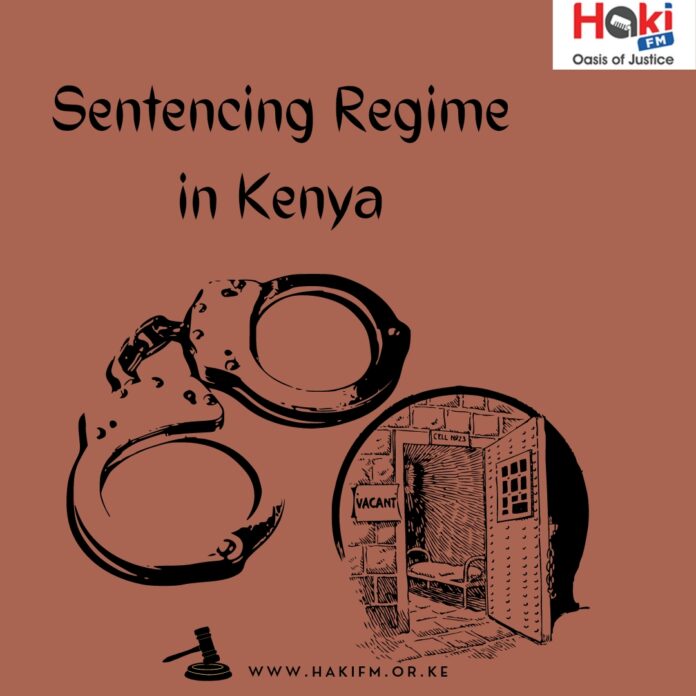 When a crime which is defined as “an action or omission which constitutes an offence and is punishable by law” is committed, a criminal trial in most cases ensues.

The trial generally involves arrest-decision to charge by the director of public prosecutions- first appearance in court where plea is taken. The accused person pleads guilty or not guilty.

At this stage, the matter is adjourned after a decision to or not to release on bail is arrived at. The right to bail at this stage is automatic as the Constitution of Kenya provides that  all offences are bailable save if the prosecution has compelling reasons opposing bail. In the event the accused persons admits to the charge and particulars of the offence, the court upon recording the said admission enters a plea of guilt.

The court may convict and sentence the accused person on the spot or adjourn pending  submissions and a pre-sentencing report. In the event of a not guilty plea, the prosecution side presents evidence in support of the charge which is refuted by the defence through cross examination.

Should the court rule that the defence has a case to answer, the defence at this stage is compelled to present evidence to refute charges preferred. Ultimately, the court makes the final decision.  Should the accused person be found guilty, a sentence is passed.

Sentences are sanctions for non compliance to laid down laws and they generally serve to deter ( a lesson to the offender and others with similar intentions or traits), punish and rehabilitate the offender, and restore the victim to the position they were before commission of the offence.

Important to note is that sentencing is a vital aspect of the criminal justice system  as the same forms the very foundation of judicial authority.  While judicial authority remains sacrosanct, and a necessary tool to administer justice, the same needs to be guided and applied pursuant to Sentencing Policy Guidelines principles; particularly fairness, non-arbitrariness in decision-making, clarity and certainty of decisions.

Sentences are divided into two broad categories i.e. custodial and non-custodial sentences which are further  broken down into specific sentences which include but not limited to the following:

Courts ordinarily employ one or more of the sentences depending on the charges preferred, evidence adduced, mitigation if at all, and the enabling laws. For instance, the most common sentence to a murder charge on conviction is life imprisonment or death. Important to note is that each case is decided on its own merits and no case is similar to another regardless of resemblance.

While anecdotal information points towards overuse of custodial sentences, courts are gradually adopting non-custodial measures. Similarly, the public is being encouraged to explore other forms of dispute resolution mechanism outside the formal court system.