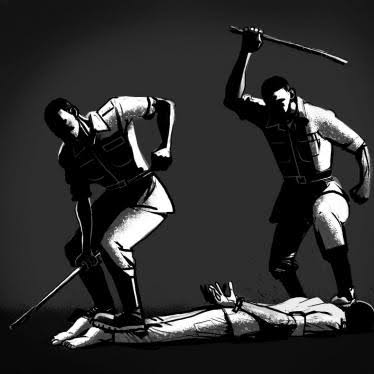 Torture prevalence in Kenya has been on the rise, more particularly at the advent of COVID-19. During this time police brutality on civilians was identified as the most common form of torture owing to declaration of dawn to dusk curfew by the President on the 25th March 2020.

Torture is defined as an act by which pain or severe suffering, whether physical or mental, is intentionally inflicted on a person for purposes of obtaining information or confession.

Pursuant to research conducted by the Legal Resources Foundation Trust (LRF), a national human rights organization in Kenya, torture and in particular police brutality is meted on people living in or around informal settlements (80%).

In Nairobi most respondents (95%) from the slums have either been victims of torture or know of someone who is a torture survivor.The said survivors cited need for information (15%), unpaid rent as reason behind being tortured (4%), with a small percentage (1%) citing no reason at all or they were just in the wrong place at the wrong time.

The main perpetrators of torture according to the research are mostly privately funded militias (60%)  funded by the local politicians who run havoc on citizens in the name of implementing security. Police followed closely behind (34%) with the main form of torture perpetrated being, of physical injury (43%) to the victims while enforcing the law.

The Constitution of Kenya 2010, in chapter four, article 25 and 29 guarantees every person freedom from torture and cruel, inhuman or degrading treatment or punishment. This being an unlimited right, parliament breath life to the same by enacting Prevention of Torture Act in 2017, though its implementation is far from ideal.

Additionally, Kenya is a signatory to the United Nation Convention Against Torture (UNCAT), a treaty that require State parties to take all measures within their jurisdiction to prevents acts of torture and cruel, inhuman or degrading treatment.

That the most vulnerable in the society from a social economic perspective suffer the blunt of torture only confirms the State is still dragging its feet in dealing with officers in its rank, besides compensating survivors of torture.

There is also a need to de-link the police from investigating themselves in cases where they are the perpetrators of inhumane treatment.