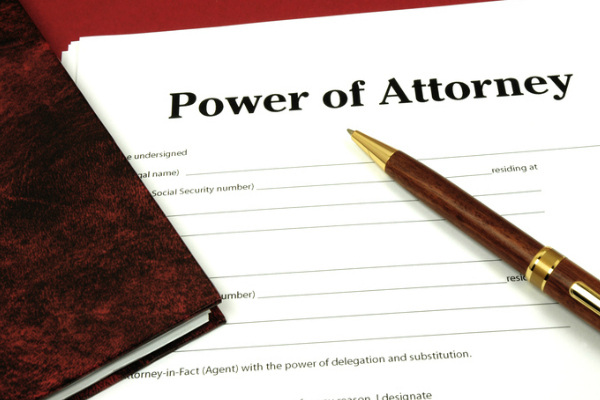 Power of Attorney (POA) is an indispensable legal instrument used by individuals and entities to empower another person to act on their behalf for certain purposes.

An agent acts on behalf of the principal and exercises only those powers which are given to him.

A person appointed as power of attorney is not necessarily an attorney. The person could be a trusted family member, friend, or acquaintance.

An agent can be any competent adult, including a professional such as an attorney, accountant, or banker and family members such as a spouse, adult child, or another relative.

It is important to name a person who is both trustworthy and capable to serve as your agent. This person will act with the same legal authority you would have, so any mistakes made by your agent may be difficult to correct.

An agent may have access to your bank accounts, the power to make gifts and transfer your funds, and the ability to sell your property.

There are different forms of POA namely:

This gives the agent broad scope and powers to act on behalf of the principal including health, finance, properties among others.

This gives an agent limited power to a specific function after which, the power of attorney is terminated.

Just as the word suggests, the same cannot be revoked or terminated, unless both the principal and the agent agree to the arrangement. This form of POA is created to represent interests of a minor, spouse, mentally ill, relatives etc.

Interestingly, it is possible to have several agents each under specific instructions on behalf of one principal.

The Power of attorney can be revoked when the agent is not acting in accordance with the agreement or when the duration of the agreement comes to an end. If the principal becomes incapable of making decisions for themselves, the agreement would also automatically end.