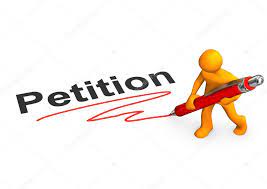 Activist Okiya Omtatah has filed a petition seeking to force all elected leaders to resign ahead of nominations.

In a case filed under a certificate of urgency, Mr Omtatah said any public officer, including a sitting deputy president, governor, deputy governor, MP or MCA must vacate office before nomination as a presidential candidate.

The leading argument in the petition is that it is discriminatory to require public servants to resign if they want to seek an elective seat as per Section 43(5) & (5A) of the Elections Act while allowing those elected to continue serving.

Mr Omtatah further says sections of the Elections Act contradict the provisions of Article 83(3) of the Constitution, which require that administrative arrangements for the conduct of elections shall be designed to facilitate, and shall not deny, an eligible citizen the right to stand for election.

Public officers, like other citizens, have freedom of expression, of demonstration and the rights of every Kenyan citizen to campaign for a political party or cause and to be a candidate for public office. These rights may be limited, but only for a good reason.

Last year, the High Court ruled that a sitting President, MP, governor or MCA who intends to vie for any position in the General Election, upon the expiry of the current electoral cycle, need not resign before the election.

The judge, however, ruled that a State officer and any other public officer, other than those holding the elective seats and intend to vie in the polls, must resign within 14 days of the issuance of a notice of General Election by the Independent Elections and Boundaries Commission or before party nominations are held, whichever comes first.

“It, therefore, means that the President, Members of Parliament, Governors and Members of the County Assemblies do not have to explicitly resign as the law renders them out of office on the second Tuesday of August every fifth year, of course except the President during the temporary incumbency under Article 134 of the Constitution,” the Judge said.

Justice Mrima said a common thread in the term of office for the President, MPs, Governors and MCAs is five years and that, elections to those offices are held on the second Tuesday of August every fifth year.