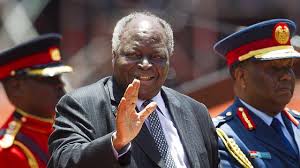 If actions speak louder than words were a person, then most definitely it would be the late president Mwai Kibaki. When Kibaki was elected president of the Republic of Kenya in 2002, the economy sighed in relief.  The late president was very strategic when it came to development and planning.

When he took over from the late President Daniel Arap Moi, the economy had deteriorated and Kibaki promised Kenyans that the economy will be his key focus when he resumes the office of the president, which I guess unlike many politicians this promise was well fulfilled.

He implemented different tactics in boosting the economy by cutting down government expenditure and reducing borrowing, he maximized on taxes when it came to development. He also implored skillful talent in various sectors to ensure that all ministries are coordinating and working towards achieving one goal.

By the time his first time of presidency was coming to an end, he had implemented various infrastructure products and free learning was initiated; clearly this was a man of the people in the making.

The Late President Mwai Kibaki then launched the Vison 2030 in 2006, which seeks to transform Kenya to a newly industrialized, middle – income Nation that provides a high quality of life to its citizens.

The Vision’s first pillar seeks to ensure that Kenya achieves and sustains an average economic growth of more than 10 per cent per annum over a 25-year period. Definitely Kibaki had the interest of the economy at heart.

It’s sad to mourn one of the greatest economists that Kenya has ever had. His legacy continues and the Vision 2030 will soon be established.