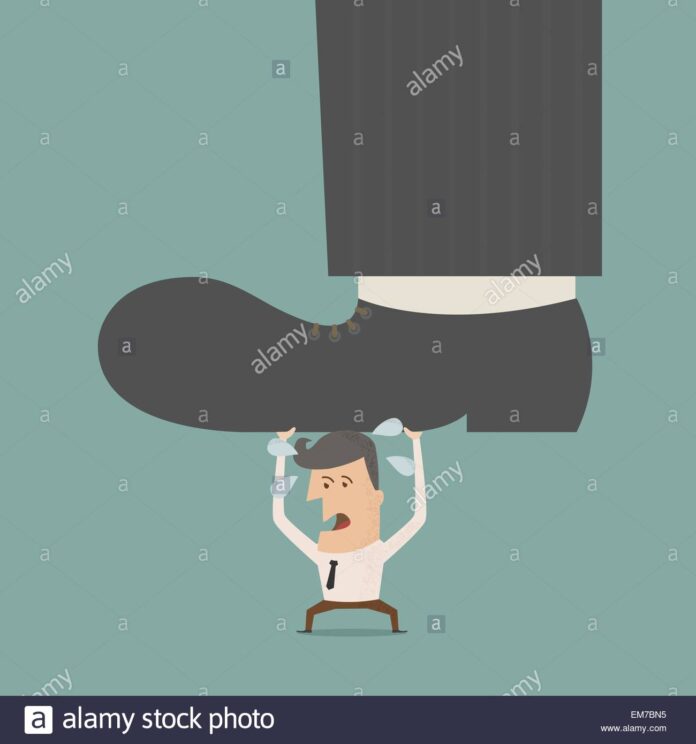 There is a common tale that expresses the thought that a leader can do anything they want to “the people,” so long as the people believe he is the source of their survival. The adage is about Josef Stalin, the Old Russian dictator who ripped the feathers off a live chicken to demonstrate “how easy it is to govern stupid people.” Stalin called together his closest comrades-in-arms. “I understand you’re wondering how I govern the people so that every last one of them thinks of me as a living god. Now I’ll teach you the right attitude toward the people.” And he ordered a chicken brought in. He plucked it live, in front of them all, down to the last feather, down to the red flesh, until only the comb was left on its head. “And now watch,” he said, and let the chicken go. It could have gone off where it wished, but it went nowhere. It was too hot in the sun and too cold in the shade. The poor bird could only press itself against Stalin’s boots. And then he tossed it a crumb of grain, and the bird followed him wherever he went. Otherwise, it would have fallen over from hunger. “That,” he told his pupils, “is how you govern our people.”
Recently, the draft County State Officers Pension Scheme Act, 2021 by the County Assemblies Forum (CAF), an umbrella body that brings together Speakers and MCAs from the 47 counties, seeks to reward governors, their deputies, speakers and MCAs with hefty packages after leaving office. The proposals call for the establishment of the County State Officers Retirement Benefits Scheme, which will be responsible for developing, determining and awarding the benefits.
Under the recommendations, a retired governor who has served two terms will receive a lump sum payment calculated as a total of their one year basic salary. The governors will also receive a lifetime basic monthly payment equivalent to 80 per cent of their last monthly salary. And should a governor die after leaving office, 50 % of the benefits will be paid to their spouses for life.
A retired deputy governor will be paid a lump sum amount equal to a year’s basic salary for each term served and a lifetime monthly pension equal to 60 per cent of the basic salary, terms similar to those that will be paid to retired county assembly speakers. Based on current rates deputy governors, who currently earn a monthly salary of Sh621,250, will each receive a lump sum award of at least Sh7.4 million and a lifetime monthly payment of Sh373, 750. The speakers will receive about Sh3.1 million lump sum pay and Sh155,925 lifetime monthly payments. County assembly speakers currently earn a monthly pay of about Sh259,857.
A retired MCA, on the other hand, will receive a lump sum equal to one year’s basic salary and a full medical cover for the MCA and their spouse for their lifetime. MCAs currently earn a monthly salary of Sh144,375 excluding allowances, meaning that with the Bill, they will be entitled to a lump sum pay of Sh.1.7 million.
The object of the Scheme is to provide benefits for its members upon their retirement, or for their dependents or nominees upon the death of such members.
The problem we have in our society is that we have leaders who earn money but whose delivery and performance is poor. And so when you award them resources like we see, one has no option but to think that what attracts most to leadership is the heavy perks. Additionally, I tend to believe that a good chunk of our leaders are out of touch with the reality and have no sense of what exactly took them to office. When you have electorates whose lives continue to worsen due to the harsh economic times, yet leaders continue to demand for more money, then you know we are in deep trouble. In conclusion, Kenyans should know that if the law is a bad law, there is always the contingent right to take action that you would not otherwise take. If a law is unjust, a man is not only right to disobey it, he is obligated to do so.