Haki FM
Home News/Blog KENYA IN FOR A RIDE 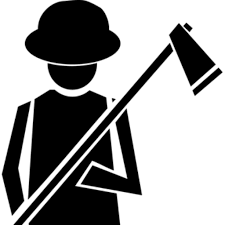 Some of the commodities Kenya heavily depends on include wheat,which Russia is the world’s largest exporter, while Ukraine is in the fourth place. Therefore, the conflict between the two countries means supply of wheat will dwindle hence increase demand and ultimately the cost. What this means is that lovers of chapati, bread and the likes will have to dig more into their pockets. Ever since the conflict became apparent, wheat prices have gone up to Kshs.52,000 down from Kshs.39,000 shillings per tonne.

Apart from wheat, there’s maize flour which is consumed by most households as it’s used in making ugali, a staple. It’s no secret that one can’t do without cooking oil, and as of last year, Kenyans were forced to pay more after the price of cooking oil increased by 47%. The prices could further increase following the conflict between Russia and Ukraine considering the latter exports seed oil valued at over Kshs.1 billion to Kenya.

Away from foodstuffs, Russia and Ukraine export iron sheets to Nairobi, and the estimated imports of iron sheets and steel from Russia is 13.4 billion Kenya shillings , while those from Ukraine is 4.5 billion shillings annually.

It’s clear that what affects one country might not affect another directly but indirectly.