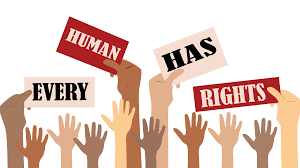 The history of human rights is as old as the existence of the human race but it was not until the 19th century that the concept of human rights was taken really seriously when grievous human rights violations had taken place. In the year 1933 in Germany during the Rule of Hitler and his political party NAZI, which he had self-declared himself as the supreme Leader of the NAZI movement that was violent, Antisemitic (anti-Jews) and anti-Marxist.

After World War 1 had ended, Germany began experiencing a great political turmoil and Germany blamed the Jews for their loss to the war and the NAZI officials started persecuting the Jews. All the Jews in Germany were excluded from public places, businesses and professions. The NAZI officials started spreading propaganda that the Jews were plotting to destroy the German Volk, portraying the Jews as poisonous vermin.

These propaganda against the Jews became the excuse for the Germans to destroy the Jews and this led to the massacre of over six million Jews in NAZI Germany. It was such Violations of Human Rights that made the World’s Nations to codify and write down the principles for safeguarding Human Rights.

The written principles declare that:

These principles have become a guide on how humans ought to be treated across the world, they protect people from exploitation and dominance from more powerful people; and they apply to everyone equally regardless of their gender, age, race, religion, culture or where they live. These rights are upheld by the rule of Law and strengthened through legitimate claims for duty-bearers to be accountable to international standards, I.e., all duty bearers have to ensure human rights are observed in accordance to the International Human Rights Standards