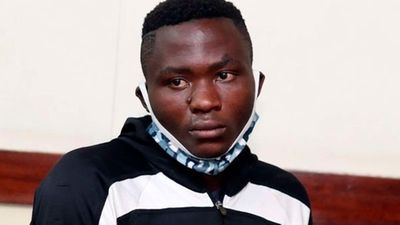 The family of self-confessed serial killer Masten Wanjala has disowned him swearing not to lay him to rest.

Wanjala, who confessed to killing more than ten children, was killed  in the evening of Thursday, October 14, a day after decamping from custody. However, speaking to Nation, the family of Mzee Robert Watila, Wanjala’s father, said they were not ready to bury the 20-year-old for fear of contracting a curse. The family even skipped the suspected killer’s post-mortem which was performed by homicide detectives at Bungoma County Referral Hospital mortuary

Mukhweya’s Assistant Chief Abiud Musungu said Wanjala’s family had turned down calls from authorities to take a DNA test and bury their son. Musungu said the family, which changed tune and suddenly disowned him immediately he was killed, refused to do so saying they wanted more time to think about the matter. The chief said the government might be forced to bury the suspected killer should his family maintain their stand.

Wanjala’s neighbour, Davis Wafula, said as a clan, they did not want to be associated with him since he had ashamed them.