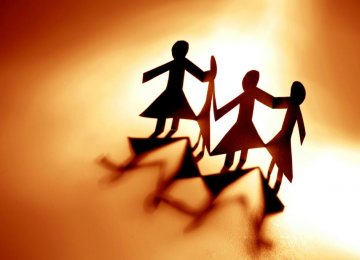 The United Nations estimates 60 million children and infants all over the world have been abandoned by their families and live on their own or in orphanages. While reasons for abandonment vary from family to family, what is incontestable is that, a child that grows outside a stable family set up, bears significant traumatic scars in their adult life. Ironically, a sizable number of couples spend their entire lives without children owing to varying medical conditions. To remedy the situation, adoption has come in handy and couples without children are increasingly pegging their hopes of having ‘normal’ families on this process which is rather tedious but rewarding nonetheless.

Important to appreciate is that adoption is a legal process and failure to follow the laid down procedures is tantamount to committing a criminal offence. The procedures aforementioned are meant to protect children, safeguard their interests, and importantly, shield them from abuse by they-would-be-parents and the party sanctioning adoption.

Without belabouring on the importance of understanding the adoption process, any potential parent who wishes to subject him or herself to the said process, must in the first instance begin with paying a visit to a registered adoption entity.  The entity’s role is to guide the potential parent through the legal requirements besides vetting their suitability.

The next step revolves around understanding and appreciating substantive provisions of the law. For instance, one legally qualifies to adopt a child if he or she is above the age of twenty five (25) years. In addition, prospective parent must be twenty one (21) or more years older than the child identified for adoption. Unless otherwise directed by the Court, a single woman can only adopt a girl child while a single man can only adopt a boy child. Where a couple is involved, their union must have been in subsistence for at least three years.

Other non-negotiables include but are not limited to the following: National Identification Card, Certificate of good conduct and a referral letter from a religious leader. An assessment of the-would-be home for the child will then follow, before a final verdict is passed as to whether the applicant is suitable to be a parent. Assuming an applicant is given the green light to proceed with the adoption, the choice of the child is left to the applicant and the adopting society or entity.

Immediately after identification, the applicant is granted a two week window to bond and get to know the child. A three month observation period will then ensue. With positive feedback, the child is considered adopted.

Give or take, the process takes a minimum of six months.