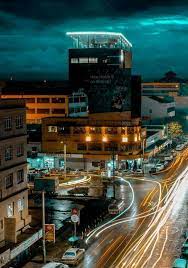 President Uhuru Kenyatta is expected to officially grant Nakuru a city charter, on the 1st day of December 2021, during his tour of the county hosted by Governor Lee Kinyanjui. The Governor who initiated the elevation after his election in 2017, described the journey as long and winding, but worth celebrating as the cosmopolitan town becomes the country’s fourth city. The county government has been undertaking various projects aimed at meeting the standards for city status, especially on efficiency in service delivery and safety of residents.

The President is also expected to officially commission a KShs. 174 million fire station in the town’s centre. The station was recently equipped with two modern fire engines valued at KShs. 113 million. Governor Kinyanjui said that the town was ripe for the elevation, citing its capacity to generate billions of shillings in revenue, a key requirement in running a city. Although Nakuru is not Kenya’s first city, it is set to be a model for other growing urban areas, among them Eldoret which recently began its journey towards similar elevation, having gone through a rigorous vetting process.