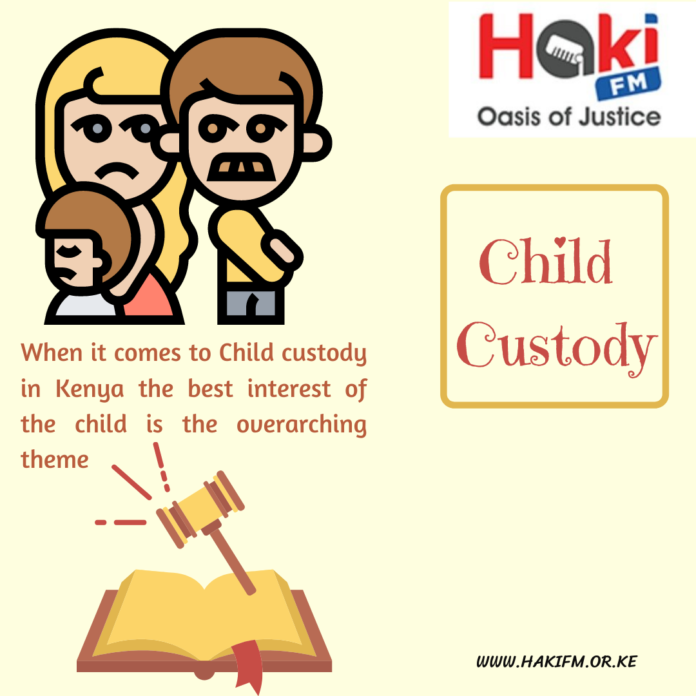 When it comes to child custody in Kenya the best interest of the child is the overarching theme . What best suits the needs of the child becomes the number one consideration before the child is handed over to a parent/s or guardian/s.

Age is equally an important factor before the question of custody is determined. Any child below the age of ten (10) years is one of tender age and such custody is ordinarily granted to the mother for obvious reasons.

If one wishes to apply for custody of a child, he/she should be:  a biological parent to the child, guardian or demonstrate custody of the child for at least three months before applying for custody orders.

Custody of a child goes beyond giving the child mere company but exercising. The same extends to exercising parental responsibilities as enunciated by the Children Act.

The form of custody is determined by the order sought by the petitioner and the general analysis of the case. Custody is either legal or actual. Legal custody refers to parental rights and duties in relation to possession of a child, conferred upon a person by a court custody order. While actual custody refers to the real possession of a child, whether shared or not.

Legal and actual custody can either be joint or sole. Joint custody refers to a situation where both parents gain possession  of the child and are each allocated time to be with the said child.  Sole legal custody on the other hand refers to instances where a single parent is granted full custody by the court.  This type of custody is usually given when the court is satisfied the other parent is completely absent from the  child’s life. In this case the child permanently resides with one parent. 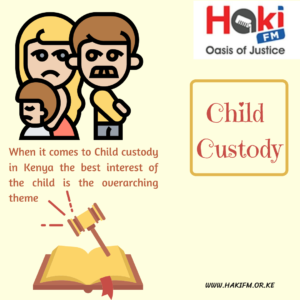