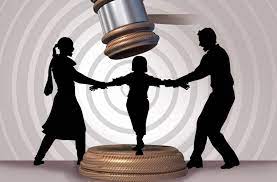 When a relationship between parents goes south resulting in irreconcilable differences, child custody dispute becomes a definite contentious issue as to who has the rights. Generally, this refers to protective care or guardianship of a child.

It is important to note that both legal and physical custody can either be joint custody or sole custody. Joint custody, refers to both parents having legal custody, even though the child may be living with either parent. With this type of custody, both parents are able to amicably agree on their parenting rights.

Sole custody, also called sole parental responsibility, is granted to one parent and no custodial rights granted to the other parent. This means that one parent has full responsibility to make major decisions for the child, while the other parent doesn’t have a say, but often has visitation rights and the responsibility to pay child support. Sole custody is best for situations where one parent is unavailable or unable to make decisions on short notice. It’s often necessary in cases with parental instability, substance abuse, child abuse, neglect, abandonment or similar situations.