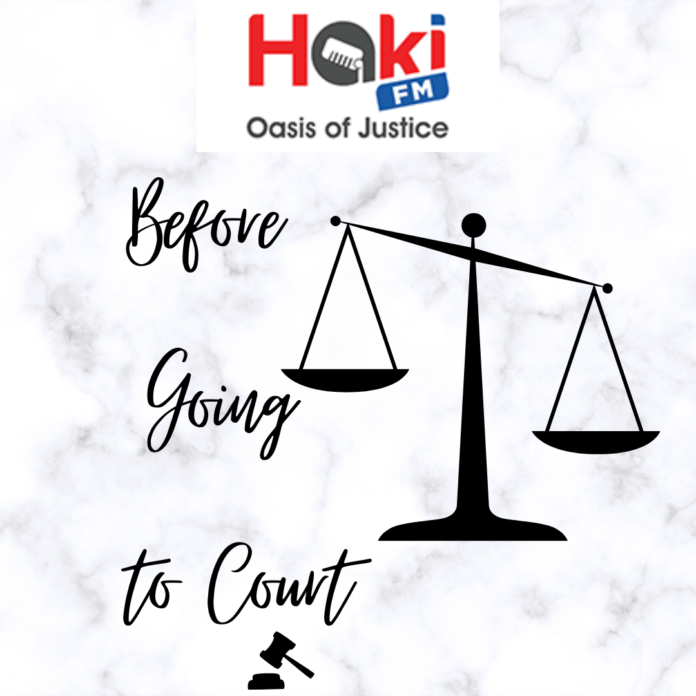 See you in court! A common statement said by someone before suing another person. A statement that makes one feel very superior, but have you ever thought that maybe the case you want to take to court can easily be resolved through other dispute resolution mechanisms like negotiation, mediation and arbitration? You might think that you have a slam dunk case only for you to realize after time lost that going to courts wasn’t the better option.

The Kenyan courts are clogged with cases that can easily be resolved outside the court but thanks to the mentality that most Kenyans have, that justice is only administered in courts that’s why there is delay in the administration of justice due to case backlogs. We have witnessed cases in our courts that take up to 10 years before a final decision can be made.

Unbelievably, Kenya has one of the longest cases in the world dating up to 30 years in the courts. This was a commercial dispute between Manchester Outfitters, Gallon Industries and the Standard Chartered bank. In 1982, Manchester Outfitters and Gallon Industries borrowed a loan of Ksh.2 million from the Standard Chartered bank which they defaulted to pay. In 1990, Standard Chartered filed a case at the High court against the two companies and made a loan default claim of 2 million that had accrued to 24 million due to the 10 per cent interest charged on the loan. The war between the three institutions continued in and out of the High court but nothing was resolved.

Standard Chartered did not bow the Court of appeal’s decision who in  response filed another application at the court of appeal after 11 years where Justices Philomena Mwilu, Wanjiru Karanja, Hannah Okwengu and John Mwera ordered the case to be heard afresh on April 8, 2016. This move did not satisfy Manchester Outfitters and Gallon industries. They moved to the Supreme Court where they argued that the court of appeal had wrongly applied the 2010 constitution to interpret a dispute determined by the same court using the old constitution.

The supreme Court, led by Chief Justice David Maraga, Smokin Wanjala, Njoki Ndung’u and Isaac Lenaola ruled that they do not find any justifiable fault in the decision of the Court of appeal to re-open and hear the case afresh as the previous judgment was based on the consideration of facts and circumstances.

This case is over 30 years now, with no definite ruling. I believe from the story above it is evident that at times cases resolved out of the court can provide an amicable solution that is satisfactory to both afflicted parties. This case that had started with Ksh.2 million loan defaulting is now at Ksh.251 million. The case would have easily been resolved through alternative dispute resolution like:

Mediation – an informal process that gets the two conflicting parties resolve their dispute with the aid of a mediator. A mediator is brought in to manage the discussion, speaking privately with each party or getting the two parties together for discussion. Agreements may be binding on the two parties, meaning the agreement may be taken to court.

Arbitration – a formal process, usually binding on the parties. An arbitrator hears the arguments of both sides and makes a decision that’s usually binding (both parties must act as the decision requires).

The bottom line before you go to court is, what do you wish to achieve at the end of it all. As such, understanding what really happens in civil or criminal cases can save you a lot of money and frustration, help you select an attorney, or consider whether to take a case to court or not.