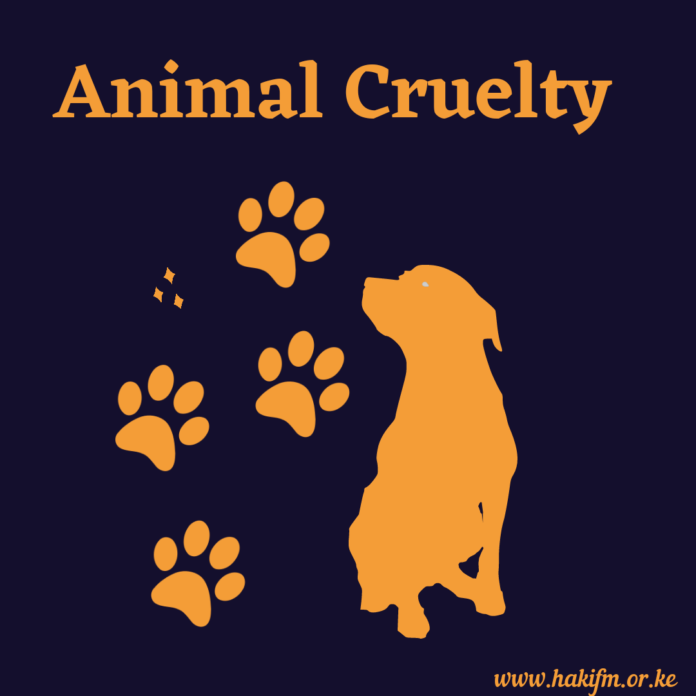 An act of Parliament was enacted in 2012 to prevent cruelty against animals. (Prevention of Cruelty to Animals Act 2012). This Act gives guidelines on how animals should be treated. It states that cruelty towards an animal is prohibited. Therefore, no person should be violent to an animal.

In the Prevention of Cruelty to Animals Act (2012), forms of cruelty include but not limited to; beating, kicking, torturing, poisoning, starvation, abandonment and mutilation. All these cruelty forms are offences and one can be charged with the offence of cruelty.

Below are some of the Cruelty offences and their charges;

Poisoning an animal using grain or flesh that is poisoned is an offence liable to a fine not exceeding Ksh.200.

Using traps and other unnecessary devices to kill animals, is also an offence liable to a fine not exceeding Ksh.500

Training animals in a cruel manner, like hitting them, shocking them, terrifying them, is an offence, and if found guilty, one will be fined Ksh. 2000 and imprisonment not exceeding 3 months.

Slaughtering an animal in a cruel manner or Infront of any other animal awaiting slaughter, is an offence liable to ksh. 2000 fine or 3 months imprisonment or both.

Animals have rights and these rights need to be observed by all and sundry so as to ensure our biodiversity is protected.